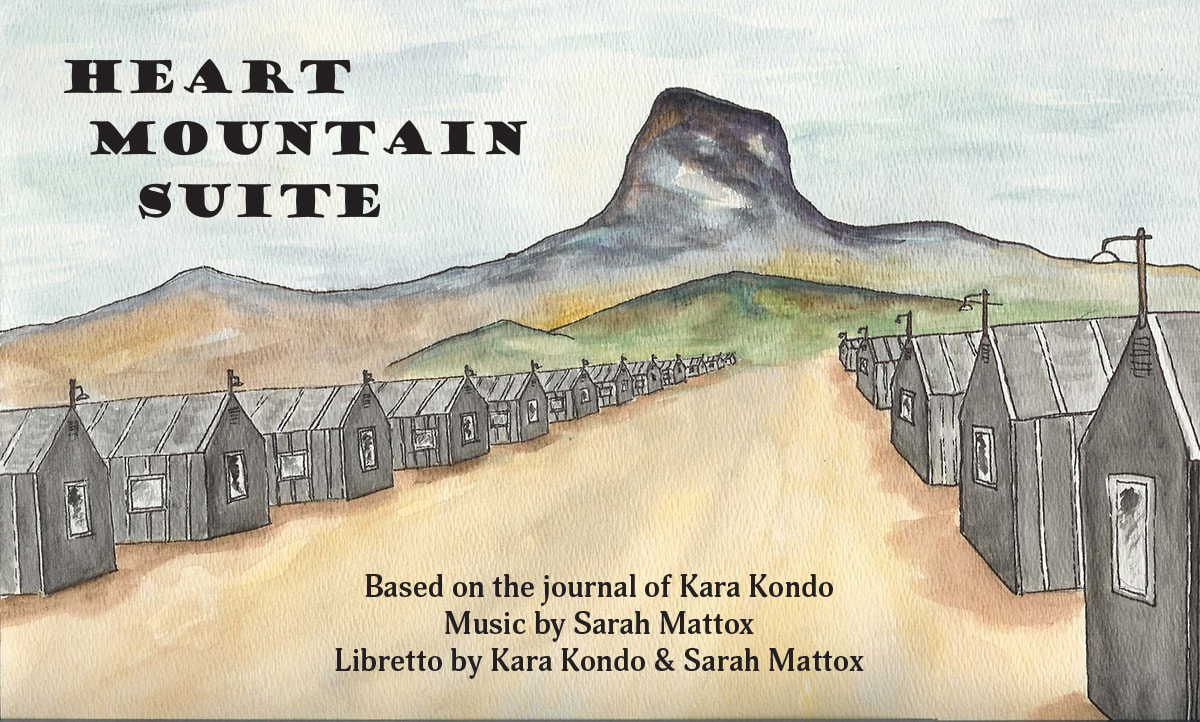 Tickets are free but must be reserved online. Suggested ticket donation is $25.
Seating is limited, and tickets may not be available at the door. All tickets are general seating.
A donation of any amount is welcome and appreciated!
ORDER TICKETS

Shortly after the attack on Pearl Harbor in 1941, Executive Order 9066 was signed, commanding all Japanese and Japanese-Americans to be relocated away from the West Coast and resettled in inland camps. Members of the Japanese community in the Yakima Valley, Washington, were initially removed to the Portland Assembly Center in Oregon —  in the Livestock Exhibition Building. Here they lived, one family to each stall, for several months before their eventual removal to the Heart Mountain internment camp in Wyoming. Kara Kondo, born in 1916 in the Yakima Valley, was among them.

Heart Mountain Suite excerpts portions of the full-length chamber opera, Heart Mountain, to create a 40 minute choral suite for mezzo-soprano, choir, violin, and piano. The selections focus on poems and scenes Kara Kondo wrote while and shortly after being incarcerated at the Heart Mountain camp with her family during WWII. It tells only a part of Kara’s journey, which in turn is just one of over a hundred thousand unique stories of the mass incarceration.

Mezzo-soprano Kimberly Sogioka, whose grandparents were interned at Heart Mountain, will reprise the role for this Central Oregon premiere. Local musicians Leah Beshore, violin and Diane Thielen, piano, will also be featured.

Award winning composer, Sarah Mattox, is a Bend native and accomplished mezzo-soprano who has sung principal roles with Seattle Opera, Cincinnati Opera, Palm Beach Opera, Chicago Opera Theatre, Lyric Opera Cleveland, Amarillo Opera, Eugene Opera, Tacoma Opera and many others. Mattox was named a 2014 John Duffy Composers Institute Fellow for her chamber opera Heart Mountain and she won the 2013 Boston Metro Opera International Composers' Competition OPERA PUPPETS Mainstage Award for her song cycle, "Rumpelstiltskin and the Falcon King." Called "entertaining, exuberant," and "just incredible," her compositions have been praised for their "natural sense of phrasing and flow," and "the just plain beauty of the music."

Additional music will be offered by the Mastersingers, and members of the Japanese American Society of Central Oregon (JASCO) will join us to share stories and information about their local community.

The concert takes place on Sunday, October 9, at 3:00 at the Unitarian Universalist Fellowship of Central Oregon. Tickets are free but must be reserved in advance. ​For more information and to reserve your tickets, please visit: https://www.centraloregonmastersingers.org/
For information about making a donation, CLICK HERE. Thank you. 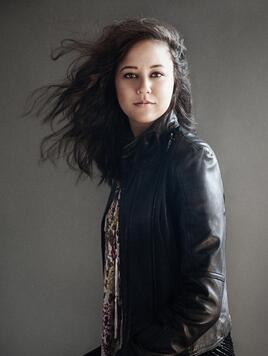 Kimberly Sogioka, mezzo-soprano
Praised by Opera (UK) as “...the most opulent female sound on the stage...” young mezzo-soprano Kimberly Sogioka is drawing much attention as an exciting artist on opera and concert stages. Most recently, Kimberly covered the role of Phuang Tran in The Rift as part of Washington National Opera’s 50 th anniversary celebration at The Kennedy Center and performed the role of Madison in Intermountain Opera’s Montana Mikado and sang the title role in L’Enfant et les Sortilèges with Pacific Opera Project. This fall she will sing the role of Mercédès in the NY premier of Sheldon Harnick’s English translation of Carmen with MasterVoices and Orchestra of St. Lukes.

Prior engagements include performing as Nicklausse in Les Contes d'Hoffmann with Opera Orlando, Suzuki in Madama Butterfly with Opera in the Heights and Pacific Opera Project in their Japanese and English language production, and as a soloist in Heart Mountain Suite with the Whatcom Chorale and also with the Yakima Symphony, Vivaldi’s Gloria with MidAmerica Productions at Carnegie Hall. She also performed in Symphony Silicon Valley’s Misa Tango concert, which explored the style of the Argentine tango in the form of large scale orchestral compositions as opposed to its origins as dance music, Beethoven’s Symphony No. 9 at a gala for the Victims of Communism Memorial Foundation at Union Station in Washington D.C.. Other recent engagements include Carmen in scenes from Carmen with the Metropolitan Opera Guild; Berta in Il barbiere di Siviglia with Opera Grand Rapids; and productions with Michigan Opera Theater as Siébel in Faust and Suzuki in Madama Butterfly, which she also performed with Northern Lights Music Festival. She also performed the role of Stephano in Roméo et Juliette with Opera Tampa as well as in a new co-production with Opera Carolina, Virginia Opera, Toledo Opera, Lyric Opera Baltimore, and Opera Grand Rapids.

A frequent collaborator with composers on new music projects, Ms. Sogioka created the role of Nurse 3 in The Metropolitan Opera and English National Opera workshop of Michael Torke’s Senna, and The Metropolitan Opera workshop of Scott Wheeler’s The Sorrow’s of Frederick, collaborated with Clint Borzoni in his operas Margot Alone in the Light and Antinous and Hadrian, workshops of Bruce Wolosoff’s The Great Good Thing and Sarah Mattox’s Heart Mountain, and also with Stephen Andrew Taylor in scenes from his opera Paradises Lost with Operamission.

In demand as a concert artist, appearances have included the west-coast première of Mack Wilberg’s Requiem, Irving Fine’s The Hourglass and An Immorality by Copland with The National Chorale at Avery Fisher Hall, Das Lied von der Erde with the Orchestra Insonica at Paul Hall, as a soloist in Beethoven’s Symphony No. 9 and Rossini’s Petite Messe Solennelle with the Greenwich Choral Society and Mozart’s Requiem with the Camerata New York.  Ms. Sogioka also collaborated with renowned harpsichordist Kenneth Cooper, in selections from Bach’s Weihnachts-Oratorium, and performed as part of his master class series for the Chamber Music Society of Lincoln Center.

Ms. Sogioka was the first-place winner of the Rochester Oratorio Society’s Classical Idol Competition, as well as winner of the Audience Favorite Award and second place winner in the New Jersey State Opera Alfredo Silipigni Vocal Competition.  She made her off-Broadway début in the New York Musical Theatre Festival singing the role of the Evangelist Narrator in Gerald Fried’s Omnia ad Dei Gloriam (or Les the Least Straightens the Lord). 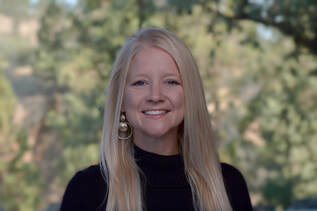 Leah Beshore received her Bachelor of Arts degree from Dickinson College and her Master of Music in Violin Performance under Jody Gatwood at Catholic University in Washington, DC. She also worked with Amy Beth Horman towards her DMA degree. She recently earned her Oregon Teaching License with a Music Endorsement and her MAT through George Fox University.

Prior and influential teachers include Blanka Bednarz and Pamela deWall.  Leah has played in master classes for, among others, Peter Sirotin, Ben Sayevich, Charles Castleman, and members of the Corigliano Quartet and Alarm Will Sound.

Currently she performs in central Oregon with the symphony, Dove String Quartet, the Mastersingers, Sunriver Festival Orchestra and enjoys other freelance work including gigging at local food truck and brewery venues. She loves to travel, particularly for performance opportunities, and her international appearances include a performance with Sinfonietta Polonia in Poznan, Poland, and performances in Prague, Czech Republic, and Catania, Sicily.  She has also performed on the Perelman Stage at Carnegie Hall.
​
Leah lives with her three children in Central Oregon. She plays on a Laura Vigato violin made in Brescia, Italy in 2009. 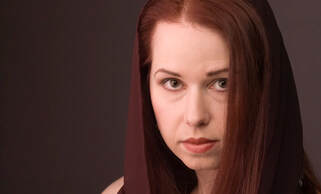 Described as a “honeyish mezzo,” Sarah Mattox has sung principal roles with Seattle Opera, Cincinnati Opera, Palm Beach Opera, Chicago Opera Theatre, Lyric Opera Cleveland, Amarillo Opera, Eugene Opera, Tacoma Opera and many others. Favorite roles include the title characters in Carmen and Cendrillon, Dorabella in Cosi fan Tutte, Ottavia in L’Incoronazione di Poppea, and the Witch in Hansel and Gretel. She received special acclaim for her debut as Feodor in Seattle Opera’s Boris Godunov. The Seattle Times said “…it was newcomer Sarah Elouise Mattox, in the ‘pants role’ of Boris’ son Feodor, who raised eyebrows all over the Opera House with her believable, lifelike acting and her well-schooled voice.” In Cleveland, the Beacon Journal called her “…a rich-toned mezzo-soprano who came to life as Dorabella.” Also at home on the concert stage, Mattox has made several appearances at Benaroya Hall with the Seattle Symphony. She has also been a soloist with the Northwest Sinfonietta, Cascade Festival of Music, Seattle Baroque Orchestra, Portland Baroque Orchestra, Helena Symphony, Bainbridge Symphony, Pacific Northwest Ballet, the Walla Walla Symphony, Portland Chamber Orchestra, Eugene Concert Choir and many others. Mattox has made four appearances as a concert soloist at Carnegie Hall, twice in John Rutter’s Magnificat under the baton of the composer. Her chamber music group, TangleTown Trio, champions music by living composers, performing frequently across the country, and on radio and television.
​
Also a composer, Mattox was named a 2014 John Duffy Composers Institute Fellow for her chamber opera Heart Mountain. The piece is based on the journal of Kara Matsushita Kondo, who was born in the Yakima Valley and incarcerated with her family in Wyoming during WWII.  Vespertine Opera Theater presented a full workshop of Heart Mountain in July of 2015 under the baton of Grammy Award winning conductor Stephen Stubbs. Mattox won the 2013 Boston Metro Opera International Composers' Competition OPERA PUPPETS Mainstage Award for her song cycle, "Rumpelstiltskin and the Falcon King." Called "entertaining, exuberant," and "just incredible," her compositions have been praised for their "natural sense of phrasing and flow," and "the just plain beauty of the music."
​A note regarding COVID safety:

All concert participants are fully vaccinated and up to date with boosters, and many will choose to remove their masks for the performance. However, for our safety and yours, we ask that all attendees be fully vaccinated or take a COVID test prior to attending. Depending on the Deschutes County COVID-19 Community Level as determined by the CDC, proof of vaccination or negative COVID test may be required. Please check our website for updates prior to the performances. Following current guidance from OHA, masks will not be required for singers or audience members. Some singers will still choose to wear a mask, and we welcome audience members to do the same if it feels more comfortable. Thank you for your support and understanding!
Central Oregon Mastersingers - A Non-Profit 501(c)(3) Organization
541-390-3921    All Rights Reserved
​Home | Contact | Tickets| Subscribe To Our Newsletter